Here’s my “Thursday Doors” contribution for the excellent Norm 2.0 blog.

I went into town today to meet up with my photo walk buddies not really intending to do a door walk. The weather was cold and drizzly (nearly turned the heating back on) so not that good for taking photographs, but after a cup of coffee and a catch up we made our way to the old castle area of the town and the Newarke Houses museum. 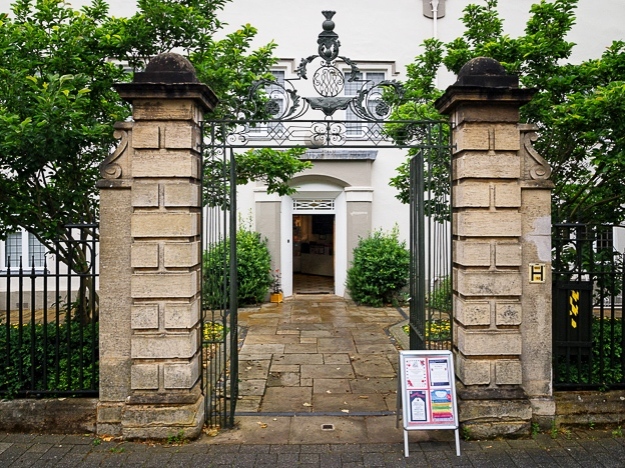 I used to visit this museum as a young kid, mainly to see the Daniel Lambert exhibit, he was once the heaviest person in England. Next Friday they are having a talk about historic Leicester so we are going to combine this with another photo walk. 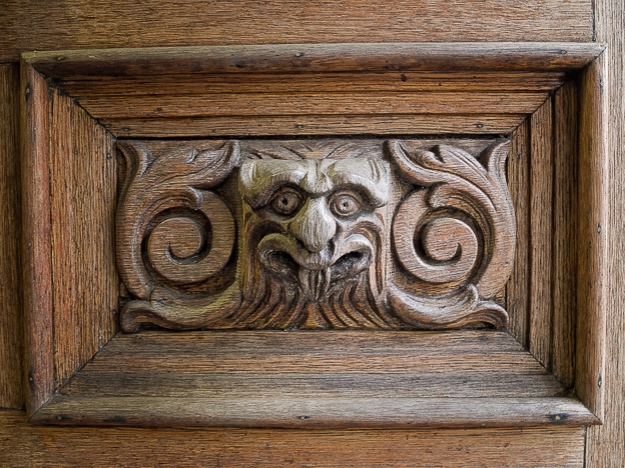 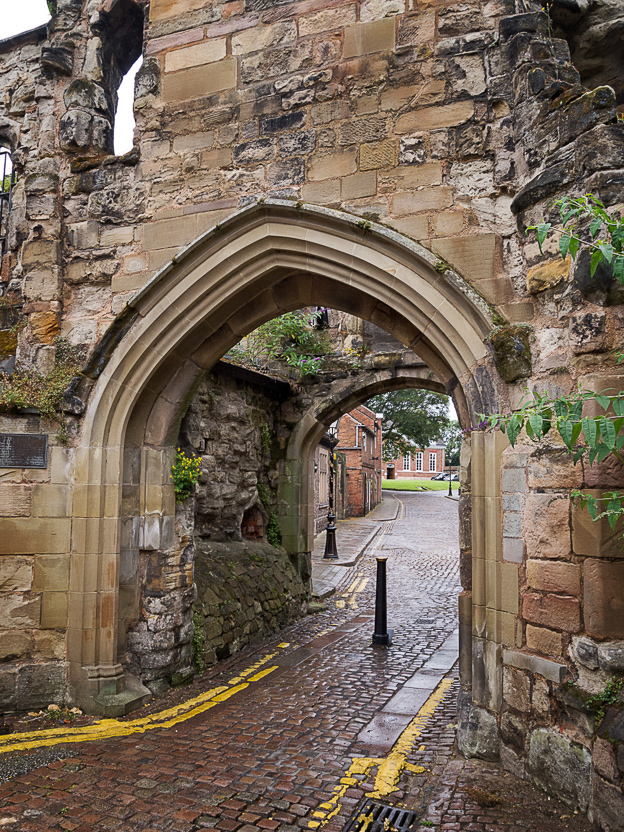 They think the gateway dates from the fourteenth century. The furthest building you can see through the gateway used to be a courthouse, when I was at printing college we went to the public gallery to watch a hearing as part of social studies.

Houses Through The Gateway (and doors) 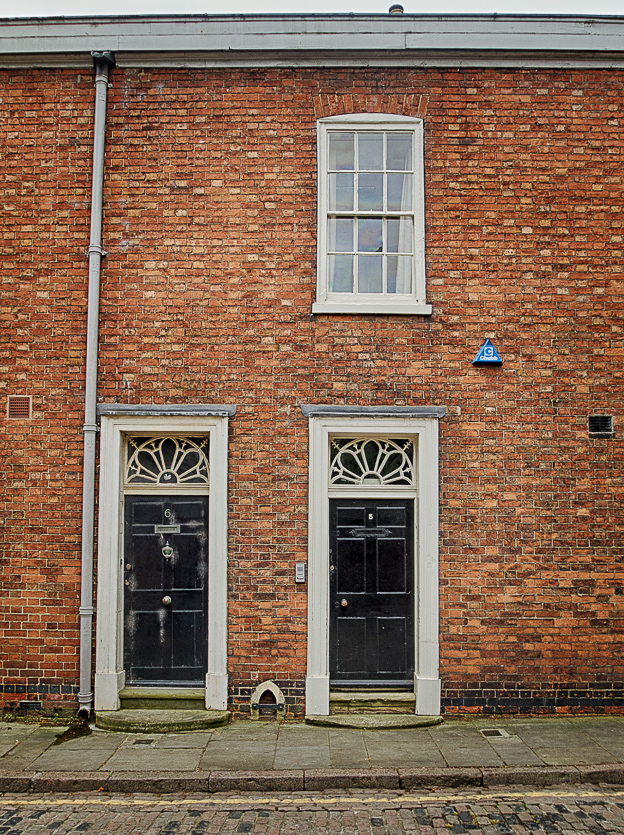 There’s some interesting history about the church here. There used to be a spire on the church but it had to be taken down when it became unsafe.
After this shot the battery in my camera gave out so I had to use my mobile for the next few.

The walls are part of the old castle and apparently the holes are where they used to point canons (armory not ecclesiastical) through. 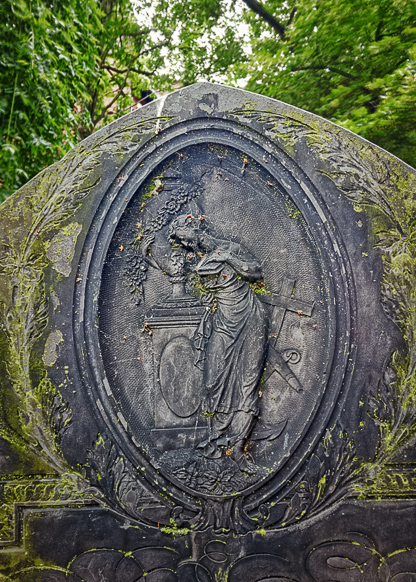 Finally I couldn’t resist this gate at the side of the museum.

The remaining images from my Konica AA35, considering the film got stuck in the processing machine at the shop I’m surprised so many came out OK. 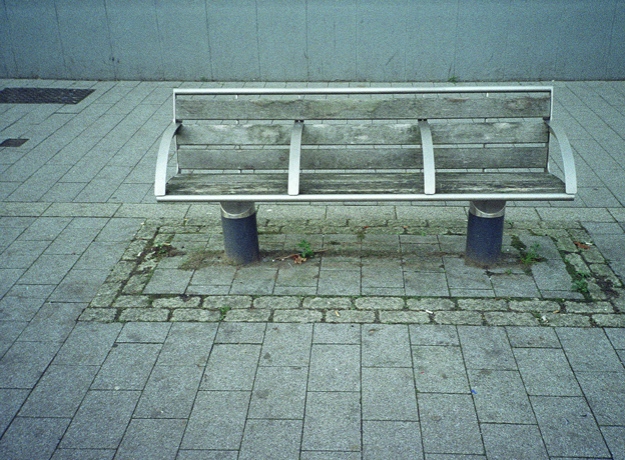 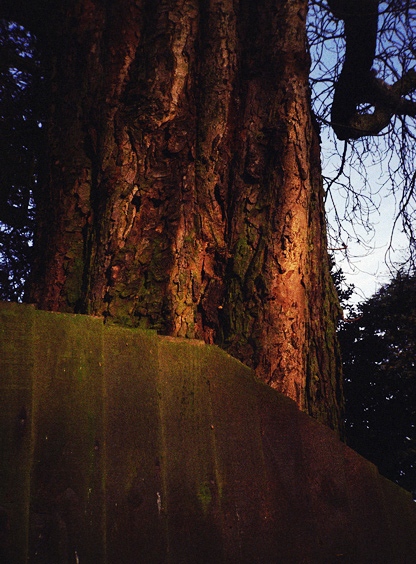 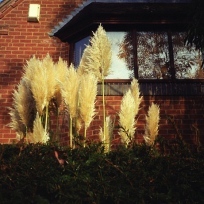 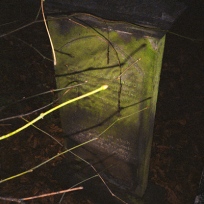 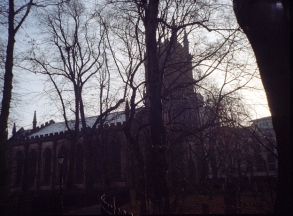 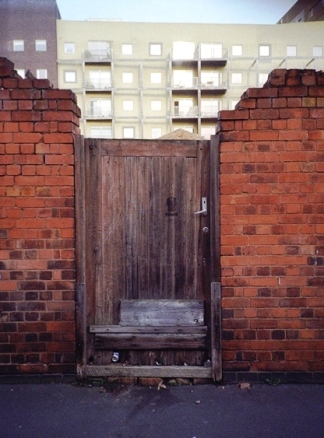 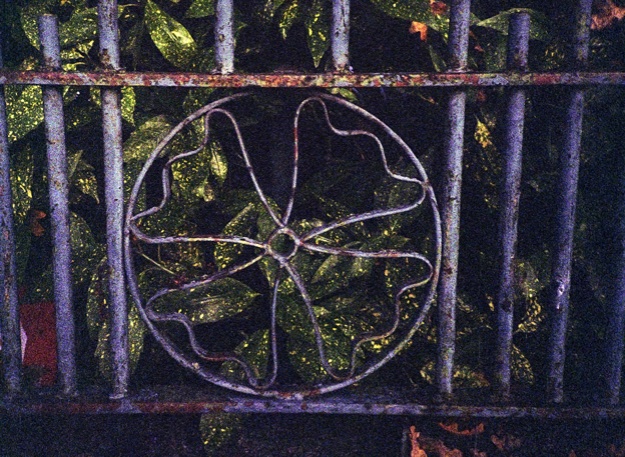 I could barely see an image on the Fancy Iron shot but the Nikon scanner managed to extract what there was. Really impressed with the Konica and with Kodak Colorplus. Another roll is already in the camera, hopefully it will have an uneventful journey through the processing machine when I take it in. 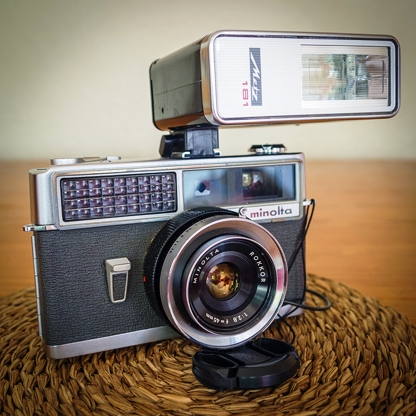 I bought this camera about 3 months ago from that auction site, cost me £6.51p, ($8.51 – €7.52) I was the only bidder. It’s the original 1962 model and came with a nice leather holdall, camera case, Actina lens hood, a lovely cable release and the Metz flash gun which had badly corroded batteries inside, but it’s also mains powered. After replacing the 1960’s 2 pin mains plug with a modern 3 pin the flash functioned as it should. The focusing is slightly stiff but got better with use, and the meter functions, good job as it’s an auto only camera. So I loaded it up with Eastman XX and went for a walk.

My silly mistake was during processing the film, after the developer I poured in the stop bath, got distracted and poured in what I thought was the fixer solution, after a minute I realised I’d poured the developer back in, not a good thing to do with this film as it blows highlights really easily. 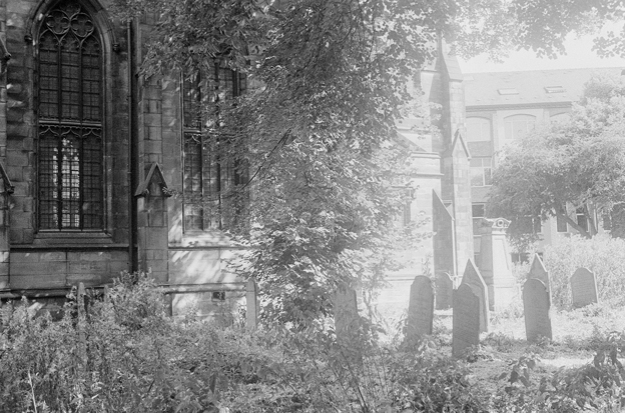 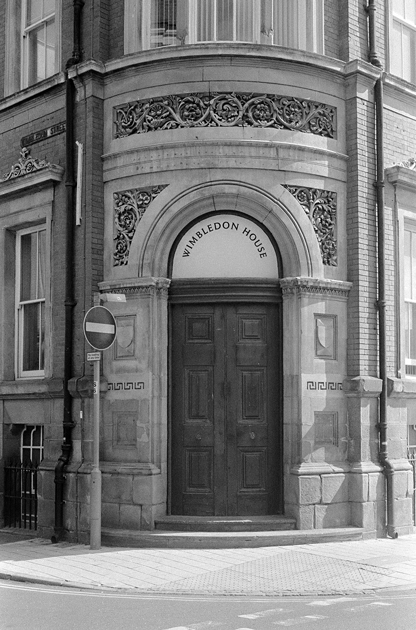 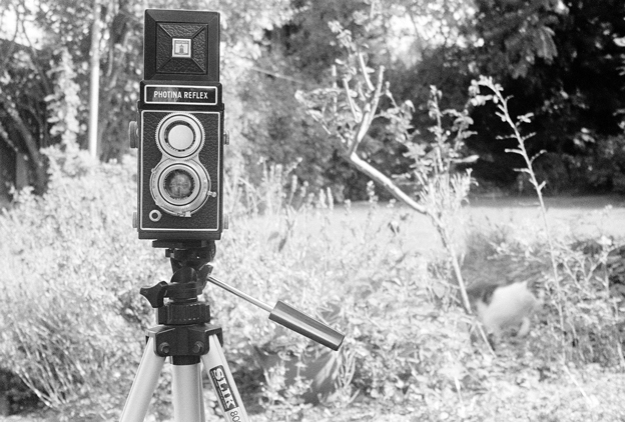 The camera was good to use, I soon got used to the front shutter release. Will be taking this one out again soon, and will make sure to dev the film properly.

The last few from the Pentax Z50p, all with the 50mm lens and Yellow filter. 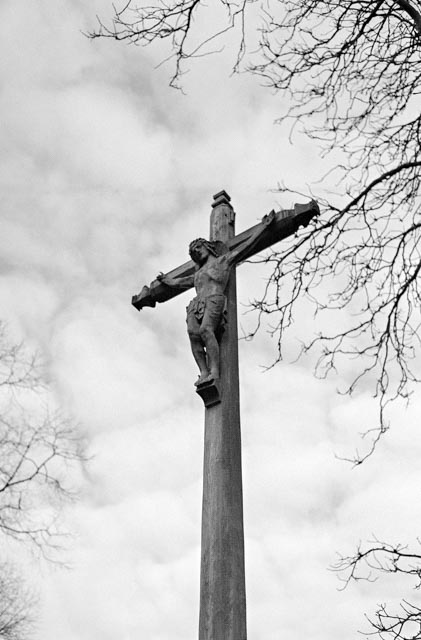 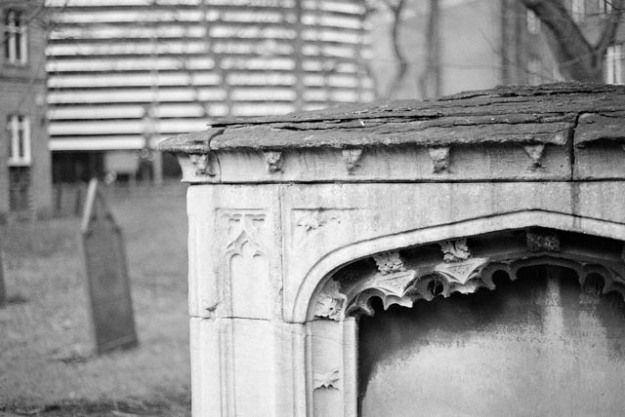 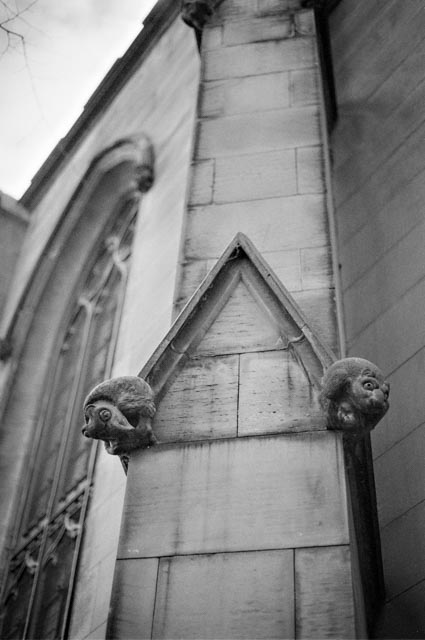 It was really dark at the back of the church and I was having to shoot with the lens wide open at f1.7. 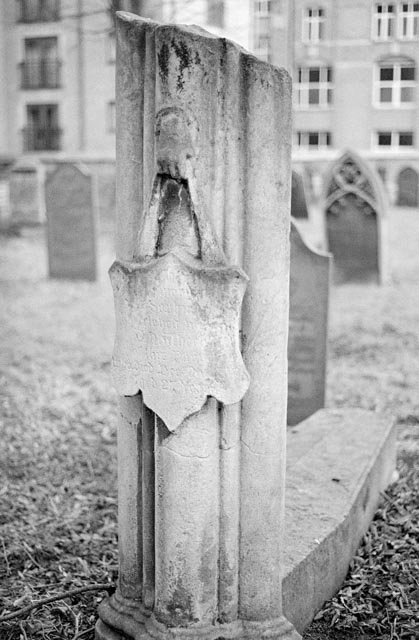 Lost (I hope it was found) 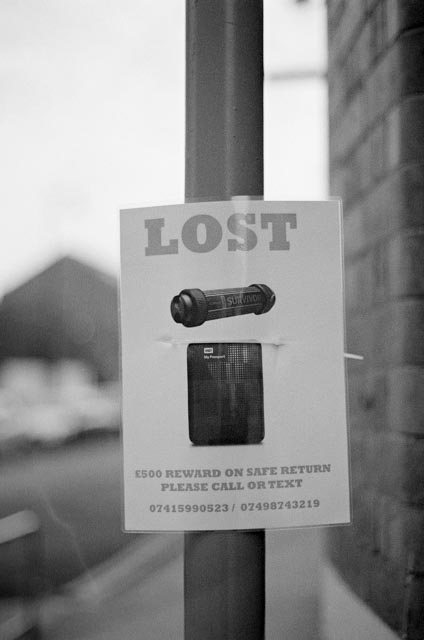 Hopefully weather permitting I will be shooting some more film next week, and I have a roll to process tomorow.