An old buddy of mine suggested that we visit the Triumph motorcycle museum at the factory, it’s not very far away and I’d never been before. I took my Olympus EPL1 with me but it was quite dark inside the museum and I had to set the camera to 1600 asa, the Olympus is quite an old model and not too good in low lighting. 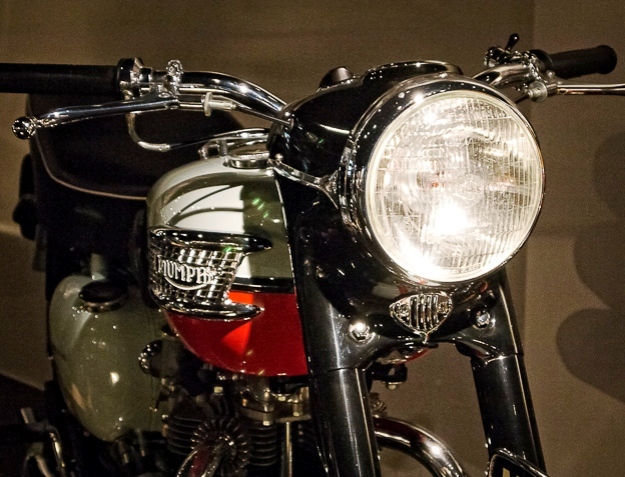 I had a Triumph Thunderbird in 1970 with a sidecar (purple painted box) attached, it contained a heavy duty battery and a bag of cement to help keep the sidecar on the road when going round corners. I sold it to buy an electric cooker !!!!!! 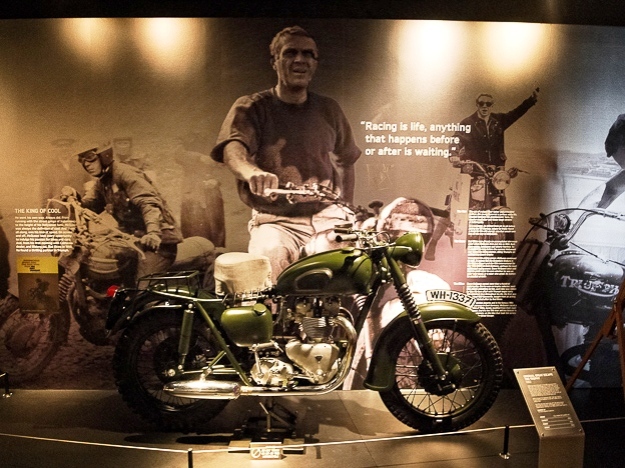 This is the actual bike Steve McQueen used in the film. 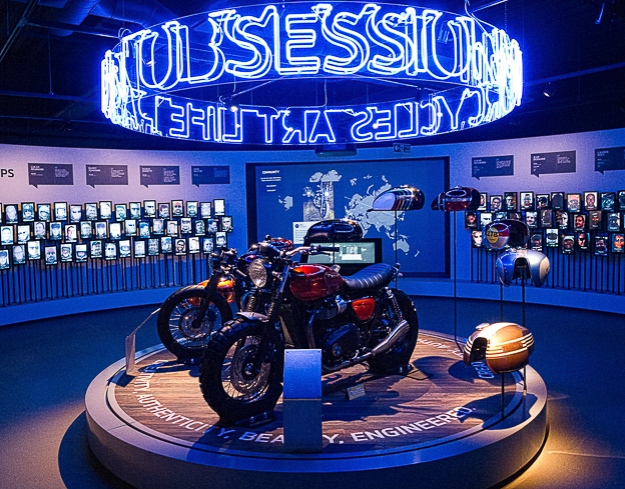 It was a great day out, I would love to see the production line but it’s booked up until August. The cafe was good, served excellent coffee and eats.